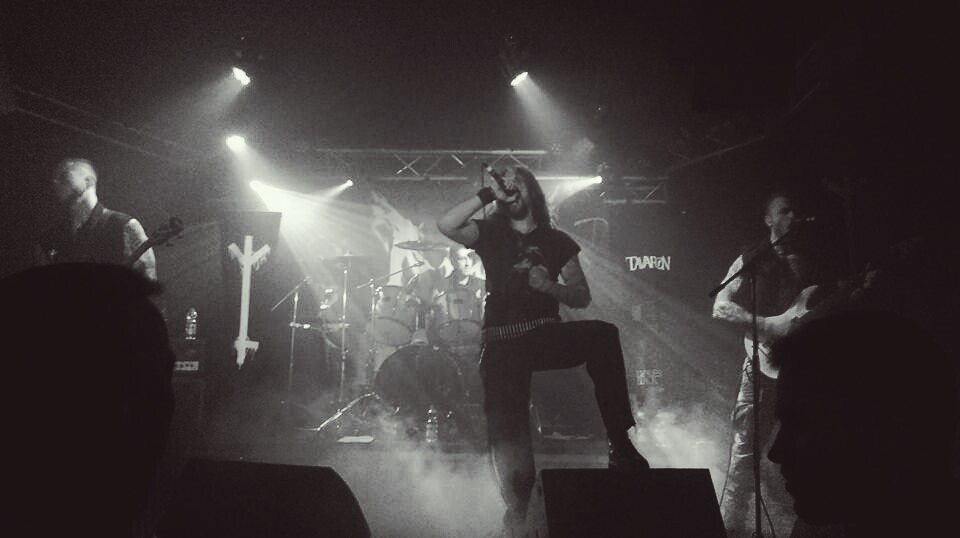 TavaroN was founded as a Two-man Project in late 2003 by Nazgul and Nazeth.
Trist joined the Band in 2004 at the Drums.Shortly after, Tavaron released their Demo “ Von Anbeginn“ on Tape.
The Band released their first CD called „Suizid“ in 2005.In the same Year former Singer and Friend Nazgul died.

The Band decided not to give up and carry on. Since then A.Wolf is in Charge of the Vocals. After some Liveshows and line-up changes concidering the Bass ,TavaroN released their second CD „Architektur des Schmerzes“ in 2009.
Tavaron played nationwide shows until 2011 but then took a Break to devote other musical and private Experiences.

Early 2015 TavaroN found themselves together as a grown four man Brotherhood; ready to flood the World with their Black´n´Roll.

The Journey continues…be a part of it!